Reign XXVI of the Imperial Court of New York

From April 1, 2012 to April 6, 2013, I had the pleasure and the honor of reigning as Empress XXVI of New York, side by side with my Imperial Husband, Emperor XXI Ritz Kraka.  Together, we and other members of our Court made more than 160 appearances in New York City and around the country.   In the eighteen months between the time that I was elected and the time that I stepped down, I had the pleasure and honor of representing the Imperial Court of New York in Washington DC (twice), Las Vegas, San Diego (Twice), Connecticut (Twice), San Francisco (Twice), Rhode Island, Lexington, Kentucky (twice), Hamilton-Wentworth, Ontario, Austin TX, Anchorage AK and Portland OR.  As I traveled the country, I made hundreds of new friends, picked up a few sisters and learned a lot about our great nation.  The biggest takeaway came from towns like Lexington, Austin and Anchorage:  tiny drops of deep blue in seas of political red.  The gay communities in those towns were the most charming, most welcoming and most supportive of each other and every Blue State Big City would do well to take lessons from their sense of working together.  I know I have. 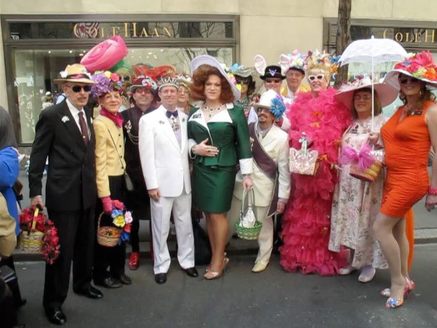